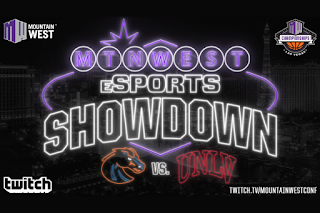 As a gaming consultant and recent creator of the Allen Chi gaming & eSports Scholarship, Chi is excited to see opportunities continue to grow for students across the globe.
The eSports world is really heating up. With varsity teams cropping up at universities across the United States, spectators have a front row seat in the rise of this arena. eSports are breaking into athletic tournaments in a big way. Allen Chi eagerly anticipates the second annual Mountain West eSports Showdown upcoming in 2019.
The Mountain West Conference has been a highlight of the season for college athletes for almost two decades. A staple in college sports, the Conference is a major competition for both Men’s and Women’s varsity teams. Schools involved in the competition include:
United States Air Force AcademyBoise State UniversityCalifornia State University, FresnoColorado State UniversityUniversity of Nevada, RenoUniversity of Nevada, Las VegasUniversity of New MexicoSan Diego State University San Jose…
Post a Comment
Read more 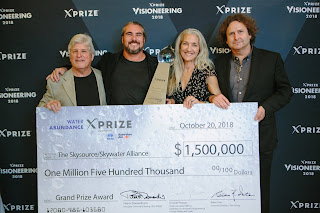 As a regular contributor to water charities and other nonprofit organizations, Allen Chi discusses the Xprize Foundation, a nonprofit group helping develop solutions to the world's problems through pubilc competitions that encourage innovators and community leaders to take action. Transmutation:  the age-old dream.  Whether it's a Grimms' Fairy tale about weaving straw into gold, the nice party trick of turning water into wine, the desire to make something out of nothing is pretty strong.
Enter the Xprize.
This is one of my favorite prizes because the Water Abundance Xprize challenges us to "alleviate the global water crisis with energy-efficient technologies that harvest fresh water from thin air."
That is not a typo.
Air  ----->  Water
This is not as crazy as it may sound. As you may recall from science class, water is plentiful all over the world which is what makes Earth so habitable. Much of the world has air that has 40-50% relative humidity. By pla…
Post a Comment
Read more

In a world with no “continues” or “restarts” everyone could use an Extra Life.

Allen Chi wants to help spread awareness to all gamers that they too could do what they love and help children in need along the way. The thing that relates all gamers is determination, to win, to beat the game, to have fun. But what if you could do more with your passion for gaming?

Extra Life is an organization founded in 2008 that has since grown to be a leading company in supporting children in need. Through the boom of streaming and video sharing services, Extra Life found help in the niche video gaming community raising millions to support local children hospitals and grow larger communities. Allen Chi wants gamers to know about Extra Life’s upcoming “Game Day" charity event.

On November 3rd each year, Extra life challenges the community to fundraise through playing video games for 24hrs. You can sign up as an individual donator or join a team and help raise money together to see if you can get on…
Post a Comment
Read more